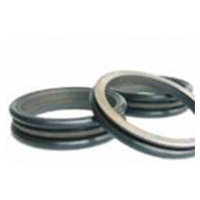 Both types consist of two identical metal seal rings mounted in two separate housings face-to-face on a lapped seal face. The metal rings are centered within their housings by an elastomer element. One half of the Mechanical Face Seal remains static in the housing, while the other half rotates with its counter face.

Mechanical Face Seals are predominantly used for sealing the bearings in construction machinery or production plants operating under extremely arduous conditions and subject to severe wear.

Mechanical Face Seals are proven for use in gearboxes, mixers, stirrers, wind-driven power stations and other applications with similar conditions or where maintenance-free lifetime sealing is expected.